Press release of the exhibition Letter

Thursday, the 19th of January 2012, 18.00 o’clock, will take place at the Galateea Gallery (no 132, Calea Victoriei, sector 1, Bucharest) the opening of the thematic exhibition “Letter”, that puts together ceramic artworks and mixed media made by over twenty artists, members of the Romanian Artists Union. Reopened on the Unions’s initative at the end of 2011, Galateea is the first contemporary ceramic gallery from Romania. The exhibition will be opened until Monday, the 6th of February 2012.

The letter, the epistle – were means of visual communications, which in time took different shapes, some of them spectacular, original, depending on the civilisation’s evolution. Made on different materials: stone, ceramics, leather, papyrus, paper, but also in a digital format, they reveal the creative spirit of the humankind and the time mark. The goal of this exhibition is to discover new means of mouldable interpretation of this beautiful and ever-living theme, using the ceramic material, but also mixed media.

The ceramic is, typically, a rough and brittle material. The fluid shapes that it can take are a way to transcend the mineral kingdom, to which it belongs, into another aeon. Between these two marks the artist himself is acting, as a sacrificer of specific technological ceremonies, in which the fingerprints, physically and metaphorically engraved in matter, are unique and non-recurring. Thus, the writing in this exhibition is present at a morphological, semantical and semiotical level. The diversity of the artworks, the experimental part, sometimes the (al)chemical secret, bring the message that the ceramic art is far from having exhausted its means of expression. 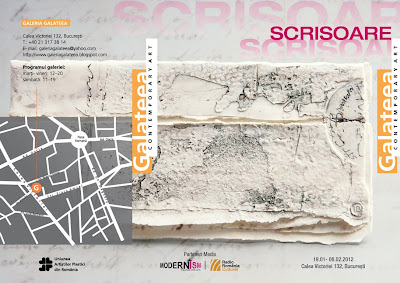 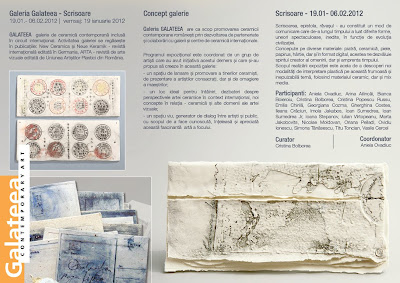 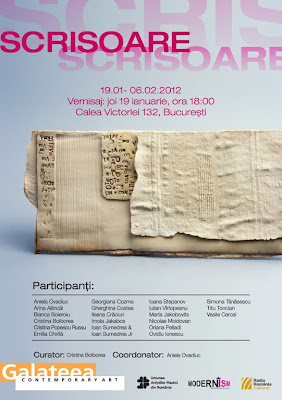 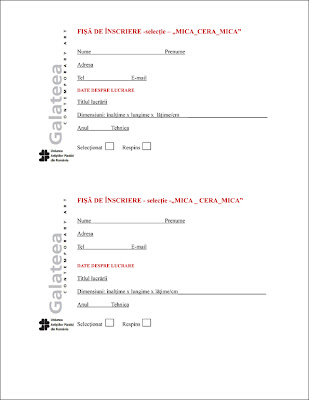 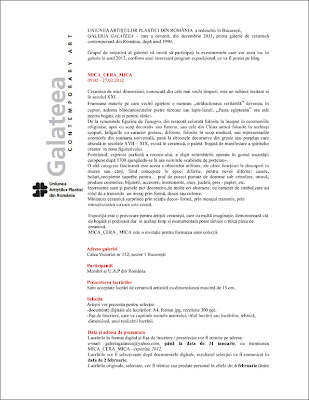 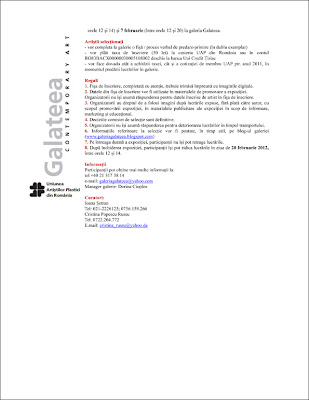 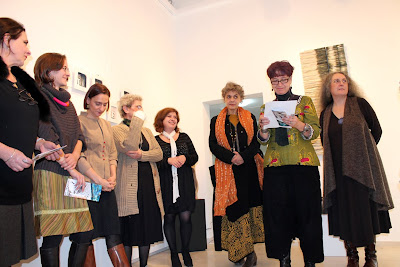 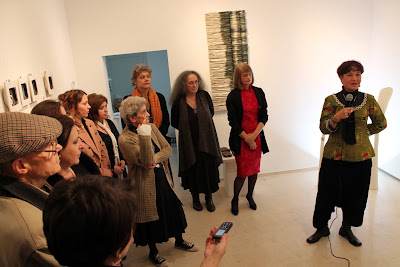 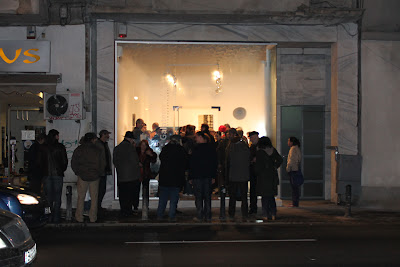 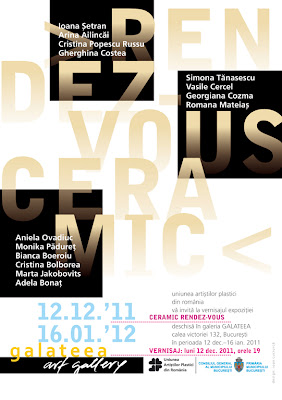